What the hell is "Ten Bowl of Meat"? Why is it so famous? " Ten Bowl of Meat" is actually ten bowl of meat on banquets. The first bowl is called " First Bowl". One larger bowl is filled with bamboo shoot and chicken giblets capping, and there are many round or elliptical fried balls. But they are crispy memorialis hirta not meatball and crispy eggs in your mind.

The second bowl is steamed egg, light yellow and fresh. Scoop up and put them into your mouth, cool and refreshing and faint scent in your mouth. Compared with the greasy and substantial "first bowl", this vegetable is non-greasy and easy. This is probably to conform to the "rules of civil-military, flexibility is good."

The next is chicken and fish. Chicken is stir-fried chicken, and fish is steamed fish. At this time, you will be confused that why the fish is the fourth bowl. General rules in banquet are " fish ending wine", then win is drunk or not. But the others seem like to continue to drink. You may think there are not special features in these two dishes. But they are put here, there may be some special meanings.

The fifth bowl is Braised Dongpo Pork. But it was localized by "Yanling". There is not so much sugar, but similar to the braised pork in Xiang cuisine. The sixth bowl is "Wei Meat", also called "happy meat" by Yanling People. If the fifth "Braised Dongpo Pork" is enough, then the following "happy meat" is too much. It is filled with square meat in inch, piling and surrounding the bowl, so people call it" Wei Meat". This bowl of meat is supplied with a quota. Three pieces each person include one fat, one half fat and half fine, and the last piece is fine. There are eight persons at each table, so there are totally twenty-four. But how we can eat them completely? Others have taken out oilpaper when you are confused and packed their up. Oh, yes, this can be taken them back.

In the following two dishes are meat, one is chicken and the other is fish. Stewed Chicken. It is added the special product of Ling County, shii-take; Fish block is grass carp that is cut into square pieces, burned and fired with stock and normal juice; " Ten Bowl of Meat" in Yanling stresses double meat, double chickens and double fishes. At this some, someone starts to fill a bowl with rice. This bowl of fish is a signal of ending drinking.

The last two bowls are fried bean curb meat and stewed kelp meat. Of course, these two are desalting after too much meat. At this time, you cannot have more. Accompanying friends told you that this is not the most abundant " Ten Bowls Meat".

It is said by the old in Yanling that, Ten Bowl of Meat in Yanling is the banquet held for welcoming and farewell of "imperial envoy" who was dispatched for sacrifice of  the Emperor Yandi Mausoleum by the emperor in the first stage. These imperial envoys only had vegetarian diet when they arrive the Emperor Yandi Mausoleum, and meat diet would be forbidden according to rules. only the sacrifice activity ends and they would be back, at this time, do the local government would treat them by "Then Bowl of Meat", which is obvious that the banquet is rich and abundant. Later, this banquet was passed from mouth and mouth, then it became the highest courtesy to treat guests and celebrate. Hence, "Ten Bowl of Meat" become the local customs of Yanling County. However, with the life becoming rich, there are many places where people don't pack meat with oilpaper any more. That can be regarded as one custom relics in some extent. 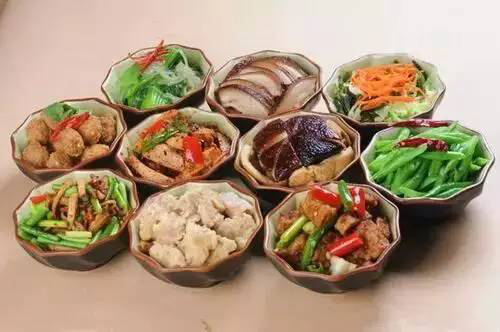 Online consultation
Something please Q me